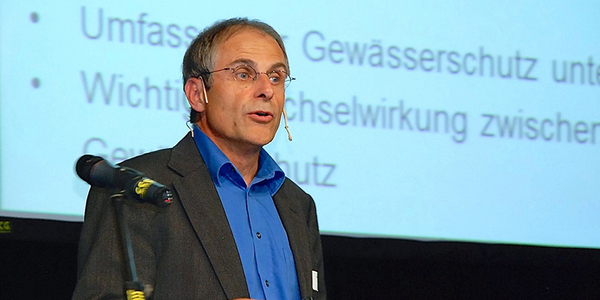 The Chinese Academy of Sciences (CAS) has honoured Urs von Gunten, from the Water Resources and Drinking Water department, with a professorship as part of the President’s International Fellowship for Distinguished Scientists initiative. The CAS awards this commendation in order to recognise leading international scientists for outstanding contributions in their field. Thirty researchers from all over the world have received this honour in 2015, three in the area of environmental science.

Urs von Gunten is an expert in the treatment of drinking water and water quality, and has received several research prizes. He is head of Eawag’s Drinking Water Chemistry group and the Competence Centre for Drinking Water. He is in charge of the Laboratory for Water Quality and Treatment at the ETH Lausanne (EPFL), where he holds a full professorship in Environmental Chemistry and Water Treatment.

The CAS commendation is characterised by scientific exchange. The honourees thus complete a lecture tour of one to two weeks to various Chinese research institutes and universities. They also invite CAS post-doc candidates to undertake a period of research at their institutions.