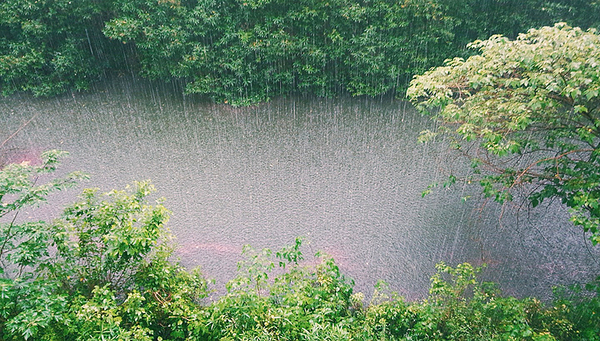 Contaminated waste water often flows into rivers and streams after heavy rains. Antibiotic-resistant bacteria thus also enter the waters. Eawag is researching exactly which ones and in what amounts as part of a national research programme.

Waste water treatment facilities are often overwhelmed by heavy rains and a part of the waste water reaches the water system untreated. Helmut Bürgmann and a group of researchers from the Eawag Federal Institute of Aquatic Science and Technology are investigating how such events influence the amount and composition of antibiotic-resistant bacteria in the water system as part of National Research Project (NRP) 72 “Antimicrobial Resistance”.

He and doctoral student Jangwoo Lee have taken water samples from nine bodies of water both upstream and downstream of waste water treatment facilities, during and after heavy rains. Genetic anaylses and flow cytometric measurements determined the amount and type of bacteria and antibiotic resistances in the samples.

It is known that antibiotic-resistant bacteria enter the water not only from waste water plants, but also diffusely from agricultural areas. The first results from the project now show the contribution of each source and how this changes with heavy rain: “The proportion of antibiotic-resistant bacteria downstream of the waste water treatment facilities increases strongly during and after heavy rain,” says Jangwoo Lee. Detailed analyses are still ongoing and will be published during the year.

The results generated from the project should then flow into a monitoring model. This is based on a model already established by Eawag for the concentration of microcontaminants in Swiss rivers, developed by Environmental Engineer Christoph Ort and Environmental Chemist Christa McArdell. The new model should now also perform this task for antibiotic-resistant bacteria. “The goal is to be able to make a prediction about antibiotic resistance hotspots in Swiss river networks,” explains Helmut Bürgmann.

Within NRP 72, doctors, vets, biologists and environmental researchers are seeking new approaches for halting the spread of antibiotic resistance and for improving treatment options. The programme is highly interdisciplinary, placing great value on the One Health approach, taking human and animal medicine as well as the environment into consideration with regard to the problems of antimicrobial resistance.

Apart from the research, NRP 72, which reached its half-way point at the end of 2019, also has the goal of achieving specific improvements for society: on the one hand, individual projects, which (for example) develop new diagnosis methods or antibiotics, are supported in the transition to practice according to individual need. On the other hand, recommendations are also developed for policies and experts based on the overall view of all the projects and the latest scientific knowledge.