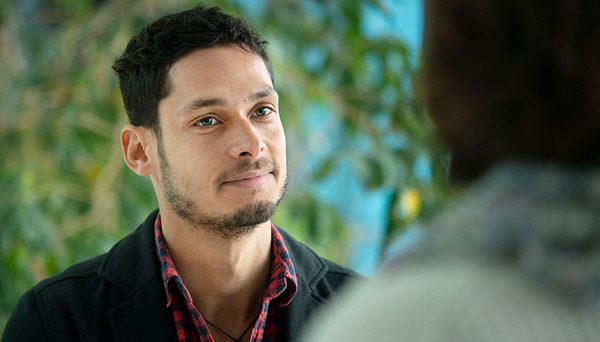 Martijn Kuller is part of the FANFAR Horizon 2020 Project, funded by the EU, to address flood challenges in West Africa. Flooding is a rapidly growing concern in this part of the world, in recent years several floods have occurred with severe consequences. In an interview, Martijn talks about his experiences in establishing an early warning system for West Africa.

Martijn, what is the project about?

The aim of the project is to develop an early warning system for floods caused by rivers and rainfall in West Africa. To this end, we have organised four Workshops with experts from 17 countries. The third one was recently held in Abuja, Nigeria. One hydrologist and one emergency manager per country as well as important regional West African organisations are participating. With the help of the inputs, for example which functions the system is to fulfil, we were able to further develop our pilot system.

What is the part of Eawag?

We apply the co-design approach. First of all, we ask the actors what is important to them and what characteristics the system should have? We then update the prototype system together with the hydrologists and IT experts from FANFAR and then have the users test it again at the next workshop. The joint development makes it more likely that the system will take local conditions and cultural backgrounds into account. Africa is a very diverse continent with considerable differences between countries. The language alone is a challenge.

So what exactly is your job in this project?

Among other things, I am responsible for the optimisation of the information channels through which the forecasts are distributed. We discussed which form of flood forecasting is most reliable in helping those affected to take the necessary measures. Together with the emergency managers, I worked intensively on optimising the process. They are responsible for ensuring that the information from the FANFAR system is used and that the appropriate measures are taken.

What are the biggest challenges you encountered?

The lack of infrastructure for communications and also finding the appropriate information channels, because the channels are not the same as in Europe. For example, people going from house to house and disseminating information, that would not work here, but it certainly would in West Africa. In many communities, there is no other way of getting news out quickly. Sirens are also considered a reliable and effective means of communication in Africa, whereas in our country the mobile phone network would be more effective.

From a more hydrological viewpoint, the challenges are that there is a lot of building development where you should not have it because the places along the river or on lower areas are flood-prone. Nevertheless, the people want to live there for other reasons. That is why people are more vulnerable there. In addition to that, there are no protection measures and no money for it. I think that is one reason why the effects from floods are much bigger.

I have learned a lot, both scientifically and personally, for example about the importance of religion in risk communication. I would never have thought that. Churches and mosques could ring the bells in emergency situations or warn people over the mosque's loudspeakers. I was surprised by this possible application. Therefore, in the future I would put religious groups on the list of important actors to investigate how they could be involved. The realization that religion is present in all areas of life of these people was really an eye opener.

You had three of four workshops, does the forecasting system already work?

During the last rainy season the system was used by everyone. Therefore we received reports from all countries and also a lot of feedback during the last workshop. With this we can check and improve the functionality of the system. We have not yet evaluated the reports, but in the workshop we heard that the system worked pretty well.