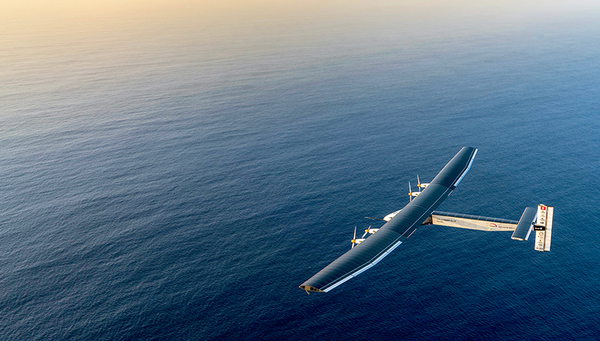 The emergence of new technologies requires conditions tailored to specific industrial sectors. Social scientists at Eawag have developed a conceptual framework describing the relevant innovation drivers. This should make it possible to identify factors hindering innovation and to design industry‑specific support programmes.
By Andres Jordi

Knowledge societies rely on innovative industries to maintain their competitiveness in the global market. For this reason, various funding instruments are available in Switzerland. In 2016, for example, the Swiss Innovation Park was opened, with sites in Allschwil, Biel, Dübendorf, Lausanne and Villigen. Here, Swiss and foreign companies are to collaborate closely with federal research institutes to turn good ideas into marketable products.

But what does it take for new technologies to arise and succeed economically? This question is being studied by Christian Binz and Bernhard Truffer of the Environmental Social Sciences department at Eawag. They have developed a conceptual framework that can be used to analyse innovation processes in, for example, clean-tech industries or the water sector (see Box). Binz points out: “Industrial sectors differ in the type of knowledge they require to generate innovations.” The social scientists differentiate between science-based and experience-based industries: the former apply scientific principles to produce knowledge that is codified in models, patents or reports. Companies in this area have close links with universities and conduct their own R&D; knowledge is frequently exchanged via international networks. Biotech firms or the photovoltaic industry fall into this category.

In contrast, industries such as wastewater treatment or wind power rely on experience‑based knowledge and practical skills. Here, new knowledge is generated primarily through “learning by doing” and informal exchanges between different internal departments and with external actors. Innovations arise, not from formal R&D, but from solution-oriented producer-user interactions. Experience-based industries are often rooted in the (historically evolved) institutional contexts of specific regions. According to Binz, “Most industries depend on some combination of science- and experience‑based knowledge.”

However, apart from their knowledge base, industries also differ in the degree of standardization of their products or services. Thus, standardized products such as shampoos or smartphones have similar characteristics all over the world and serve a global mass market. Consumers’ preferences are relatively undifferentiated, and their decisions are mainly based on price. Customized products – e.g. in the areas of urban water management or legal advice – are tailored to the specific needs of particular user groups and, accordingly, to local niche markets.

How do innovations arise?
As conceptualized by the Eawag social scientists, the development and diffusion of new technologies are driven by four factors – a knowledge base, financial investment, market formation and social legitimation. In each of these areas, there needs to be cooperation between actors such as companies, research institutes, authorities, NGOs and associations. Depending on the type of industry, interactions between actors both within and between these areas occur at a regional to international level. The same applies to the institutional and regulatory frameworks that define the boundaries within which innovations can be developed.

Depending on where an industry and its products are positioned between the “science‑based” and “experience-based” poles, and along the “standardized” to “customized” continuum, they can be assigned to one of four types of innovation system (Fig. 2) – although this positioning may change over time and according to the phase of the industry lifecycle. Binz explains: “Depending on its innovation mode, an industry will tend to be more regionally or more globally oriented in the generation and exchange of knowledge, acquisition of capital, formation of markets, and social acceptance of its technologies or products.”

The Eawag researchers’ conceptual framework should help to identify and eliminate system failures that inhibit the development of innovations. In addition, it could help to ensure that support programmes are tailored to specific industries. As a case in point, Binz cites the Energy Strategy 2050, whereby Switzerland intends to increase the sustainability of its energy supplies by, for example, expanding the generation of electricity from renewable sources. Its proponents frequently claim that this will boost the domestic economy and create new jobs. Binz responds: “You have to be careful with that kind of generalization; it depends on the industrial sector.” This is shown by experience in Germany, where – in the early 2000s – an ambitious programme was launched to support photovoltaics; the aim was to create a market advantage for German panel manufacturers. However, because the solar industry is internationally structured and production is highly standardized, the scheme failed to achieve its goals. Instead, manufacturing rapidly shifted to China, Korea and Taiwan. “With a better understanding of the innovation system, this industry’s spatial fluidity could have been anticipated,” says Binz.

Fig. 2: Four types of innovation system are distinguished by the Eawag researchers, according to the type of knowledge base and product valuation. For illustration, various clean-tech industries are positioned within this framework.

According to Binz, this example demonstrates that strategies to promote innovation should be tailored to the technologies and industries in question: “It may be appropriate just to provide targeted support for individual links in the value chain.” Thus, with regard to photovoltaics, he believes it is more promising for this country to invest in R&D and final assembly than in the production of solar panels. And in the case of the Swiss Innovation Park, the focus should be on funding schemes that reflect the innovation and market characteristics of the industries supported, and are adapted to the technological competencies of the individual sites.