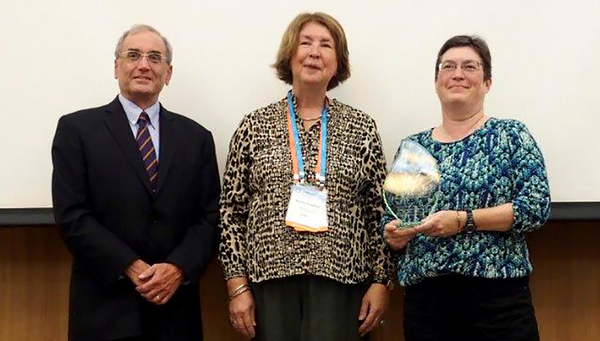 Janet Hering was one of twelve international awardees of this high IUPAC distinction, who have been selected based on excellence in research, distinguished accomplishments in teaching, or demonstrated leadership in the chemical sciences. This awards program was created to acknowledge and promote the work of women chemists and chemical engineers worldwide.

During her scientific career, Janet Hering studied the occurrence and mobility of trace metals and other inorganic trace constituents in ambient waters and treatment technologies for removing them from water. As director of Eawag, her recent work has increasingly addressed global challenges to water management at the science-policy interface. Janet Hering also actively promotes the professional development of female scientists and is a vice-president of the Association of Female Researchers at ETH.