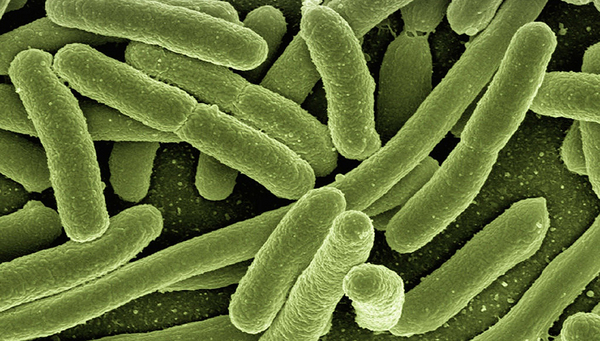 Microbial communities are known to be indispensable for our planet. But surprisingly little is known about how they function. Researchers at the aquatic research institute Eawag are now shedding a little light on this subject: A new method enables them to observe the interaction between microorganisms.

Without them there would be no oxygen, humans and animals could not digest, and the material cycles on Earth would come to a halt: Microorganisms. Microbial communities also carry out important functions in aquatic systems. These are often the result of interactions between organisms within the community. It is known, for example, that microorganisms exchange metabolic products or signal molecules: Some bacteria produce certain amino acids that other cannot produce. These important substances which are important for growth are exchanged by diffusion. However, this can only take place up to a certain distance between the individual bacteria. The size of this interaction range has been unknown up to now – Alma dal Co, Martin Ackermann and other co-workers from the Department of Environmental Microbiology have succeeded in being able to measure these interactions. They present how this is done in the Nature Ecology & Evolution journal.

Interaction only over a thousandth of a millimetre

The new methodology combines microfluidics, microscopy and automated image analysis. The researchers have developed an apparatus in which the cells of two bacteria strains are grown under controlled conditions and this growth is observed under the microscope. Measurements show that cells that are directly next to cells of the other bacteria strain grow faster. This is because certain amino acids that promote growth are only produced by one bacteria strain and these are then forwarded to the neighbouring cells by diffusion. However, this interaction only functions over distances of few thousandths of a millimetre. Even at a distance of two cell lengths, this interaction almost completely breaks down. “A microbiome is thus not always capable of carrying out metabolic processes, since its activities are based almost exclusively on interactions between individual neighbouring bacterial cells”, Ackermann said.

Image analysis of microscopic images can be used to investigate how two different bacteria strains (yellow and blue) interact with each another. Light-coloured bacteria grow faster, because they receive amino acids form the other strain and for this reason grow faster.

In order to understand these interactions and their influence on the properties of the microbial communities more easily, the researchers have developed a mathematical model that predicts the growth rates on the basis of the amino acids present. Practically all microbial communities can be studied in this way: The researchers are now applying the method to include microorganisms that participate in the carbon cycle in aquatic habitats.