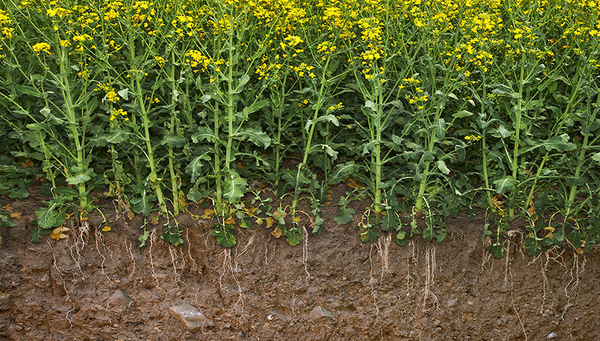 As a result of climate change, concentrations of the trace element selenium in soils are likely to decrease. Because the selenium content of crops may also be reduced, the risk of selenium deficiency could be increased in many regions of the world. This was shown by a recent study which used data-mining to model the global distribution of selenium.

Selenium is an essential micronutrient obtained from dietary sources such as cereals. The selenium content of foodstuffs largely depends on concentrations in the soil: previous studies have shown that low selenium concentrations are associated with high pH and oxygen availability and low clay and soil organic carbon content. In Europe, as is known from regional studies, selenium-poor soils are found particularly in Germany, Denmark, Scotland, Finland and certain Balkan countries.

To date, however, little has been known about the global distribution of selenium. Using data‑mining techniques – involving the assessment of datasets originally collected for other purposes – scientists from Eawag and five other research institutes* have now modelled global soil selenium concentrations. The sixteen datasets assessed (1994–2016) comprised a total of 33,241 soil data points. Analysis of selenium concentrations in the top 30 centimetres of soil, together with 26 environmental variables, indicated the dominant role of climate-soil interactions in controlling soil selenium distributions.

In the light of these findings, the scientists modelled mean soil selenium concentrations for the periods 1980–1999 and 2080–2099. Under a moderate climate change scenario, selenium levels are predicted to increase in parts of Australia, China, India and Africa. Overall, however, selenium levels are expected to decrease: by the end of this century (2080–2099), 66% of croplands are predicted to lose selenium (mean decrease of almost 9% compared to 1980–1999). Particularly affected are agricultural areas of Europe and India, China, southern South America, southern Africa and the south-western United States (see map).

These losses could have implications for human health – at present, up to 1 billion people are thought to be affected by low dietary selenium intake. According to the authors, this study serves as an early warning for humanitarian organizations and the agro-industry. Fertilizers containing selenium could be used to combat selenium deficiency, as has been done in Finland since 1984. In addition, selenium additives could be used in animal feed.

Changes in soil selenium concentrations (percentage increase or decrease) predicted to occur as a result of climate change.

Importance of selenium for health
Selenium (Se) is essential for human health and has to be obtained from dietary sources. As an antioxidant, it scavenges free radicals, thus supporting the immune system. It is also required for the synthesis of numerous proteins. Up to 1 billion people are thought to be affected by low dietary selenium intake, which can cause cardiomyopathy. However, excessive intake of selenium can also be harmful, leading to vomiting, diarrhoea and liver damage.

Deficiencies of micronutrients, including essential trace elements, affect up to 3 billion people worldwide. The dietary availability of trace elements is determined largely by their soil concentrations. Until now, the mechanisms governing soil concentrations have been evaluated in small-scale studies, which identify soil physicochemical properties as governing variables. However, global concentrations of trace elements and the factors controlling their distributions are virtually unknown. We used 33,241 soil data points to model recent (1980–1999) global distributions of Selenium (Se), an essential trace element that is required for humans. Worldwide, up to one in seven people have been estimated to have low dietary Se intake. Contrary to small-scale studies, soil Se concentrations were dominated by climate–soil interactions. Using moderate climate-change scenarios for 2080–2099, we predicted that changes in climate and soil organic carbon content will lead to overall decreased soil Se concentrations, particularly in agricultural areas; these decreases could increase the prevalence of Se deficiency. The importance of climate–soil interactions to Se distributions suggests that other trace elements with similar retention mechanisms will be similarly affected by climate change.
See DOI
See Institutional Repository
Jones, G. D.; Droz, B.; Greve, P.; Gottschalk, P.; Poffet, D.; McGrath, S. P.; Seneviratne, S. I.; Smith, P.; Winkel, L. H. E. (2017) Selenium deficiency risk predicted to increase under future climate change, Proceedings of the National Academy of Sciences of the United States of America PNAS, 114(11), 2848-2853, doi:10.1073/pnas.1611576114, Institutional Repository 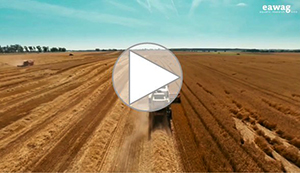