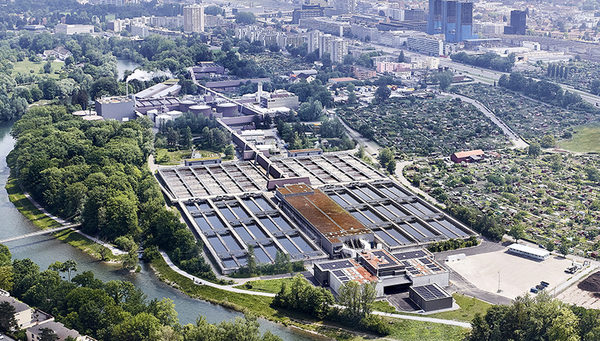 The novel coronavirus has been successfully detected in wastewater – even at low concentrations, in samples collected at an early stage of the outbreak. Researchers at EPFL and Eawag are now working to optimise the method. The aim is to develop a system which could warn of a resurgence of cases earlier than clinical diagnostic tests.

“Detection and quantification of SARS-CoV-2 in wastewater” – research projects on this scale generally take several years. But now, thanks to major efforts, a group of scientists led by Professor Tamar Kohn (Environmental Chemistry Laboratory) at EPFL and Dr Christoph Ort (Urban Water Management) and Dr Tim Julian (Environmental Microbiology) at Eawag have shown that an idea like this can be realised within a matter of weeks. Initial wastewater samples from Lausanne, Zurich and Lugano have been analysed, including – in each of the latter two cases – a sample from the period at the end of February when the first cases of infection were recorded in Switzerland. The researchers managed to detect the novel coronavirus in all the samples analysed. Concentrations in the more recent samples are so high that analysis appears to be relatively easy. But, as Tamar Kohn points out, this does not apply to the samples from February: “We didn’t expect that we’d already be able to measure a signal in wastewater from Lugano, with only one, and from Zurich, with only six known cases.”

The successful detection of low viral concentrations at an early stage of the outbreak means that it should be possible, retrospectively, to trace the rise of the COVID-19 curve. However, it will take several more weeks to analyse all the (over 300) samples currently in frozen storage at Eawag and EPFL. It will scarcely be possible to calculate the exact number of infections on this basis – apart from anything else, there is too much variation in the quantity of virus shed per case. What is important, however, is the trend. Over the last few days, taking the samples from Lausanne as an example, the scientists were able to roughly trace the increase in SARS-CoV-2 concentrations in wastewater between March and April: Kohn estimates that this represents a 10- to 100-fold rise.

Since the first cases of COVID-19 were reported, samples have been collected from twelve wastewater treatment plants, including nine in Ticino – a valuable archive. However, the main aim of the project is not to review the past, but to develop an early warning system. Environmental engineer Christoph Ort says: “With samples from 20 large treatment plants distributed across Switzerland, we could monitor wastewater from around 2.5 million people.” If samples were rapidly analysed, a resurgence of infections during the lockdown exit period could probably be detected earlier than with diagnostic tests – about a week earlier, Ort hopes. The Eawag scientist has long been concerned with wastewater-based epidemiology, previously focusing on comparisons of drug use across Europe: “Wastewater doesn’t lie, and it reflects what is excreted by the public within a few hours.” The researchers have now benefited from their well-established contacts with cantonal authorities and wastewater treatment plants.

Researcher Christoph Ort in the cold store at Eawag. At -20°C, over 300 wastewater samples from the time of the Corona eruption in Switzerland are stored here - a valuable archive.
(Photo: Eawag, Andri Bryner)

Despite the group’s initial successes, the method now needs to be further optimised. For example, it is not yet certain what proportion of the viral load is captured when the tell-tale genetic material (RNA) is extracted, after a number of other steps (filtration and centrifugation). The subsequent selective amplification of the target sequence is also still subject to high uncertainty factors. Only when these can also be reduced will it be possible to draw robust conclusions about viral concentrations in the original samples.

Coronavirus unlikely to spread via water or wastewater