Information on flooding via social media

Article from the Info Day Magazine 2022

Thanks to an automatic image processing method that was developed by Eawag together with photrack AG and the ETH Zurich, mobile phone videos posted on the Internet can be used as an important source of data during a flood. Rescue forces can thus take highly targeted protection measures or warn the population at an early stage.

“Storms rage in Lausanne”, “Record rainfalls puts suburbs of Sydney under water”, “The deluge of Muenster” – what regularly makes the headlines today is likely to increase further with climate change. Heavy precipitation will probably occur more frequently and more intensively in the future than in the past, which will also lead to increased flooding. Cities are particularly affected by this. Since it is difficult for the water masses to seep into the asphalted streets and squares, they find their way through the rows of houses; streets become torrents, cellars are flooded, and within a very short time not only is there enormous damage, but human lives are also endangered.

As it is often local storms that produce such heavy rainfall, it is difficult to predict when and where flash floods will occur. Cities are accordingly ill-equipped to prepare for this. To make matters worse, for reasons of cost, there are hardly any sensors installed in the urban areas that measure flow velocity or water levels during flooding – data that would, however, be necessary to simulate future floods with the computer and calculate the danger.

Experiments in the army’s training facility

A team led by environmental engineer João P. Leitão has therefore set itself the objective of closing this data gap in discharges of water. In doing so, the researcher is breaking new ground: “When something happens somewhere, it usually doesn’t take long for mobile phone videos to appear on social media – and this is also the case with floods. We wanted to find out if short clips like these would be suitable as data sources.” In a first step, the researchers flooded the streets and cellars of a flood training facility where the army and the fire brigade normally rehearse for emergencies. During the controlled trials, a radar device recorded how high and fast the floodwaters were. At the same time, the researchers filmed the flood with conventional surveillance cameras and analysed the images with a specially developed algorithm. This calculated the flow velocity based on natural structures on the water surface such as waves or leaves and determined the water level with the help of known fixed points in the installation. A comparison between radar measurements and image analysis showed that surveillance cameras provide reliable data on water runoff. 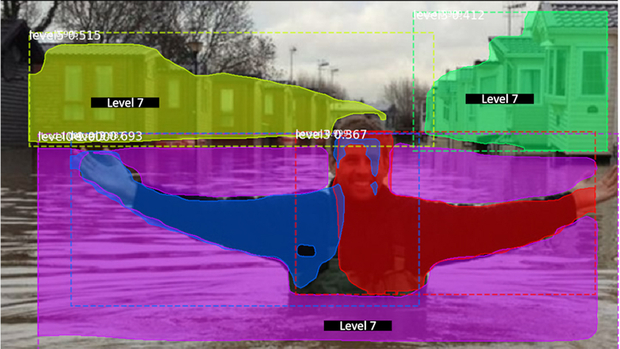 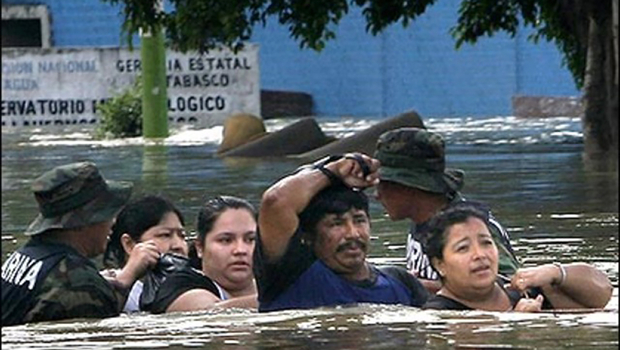 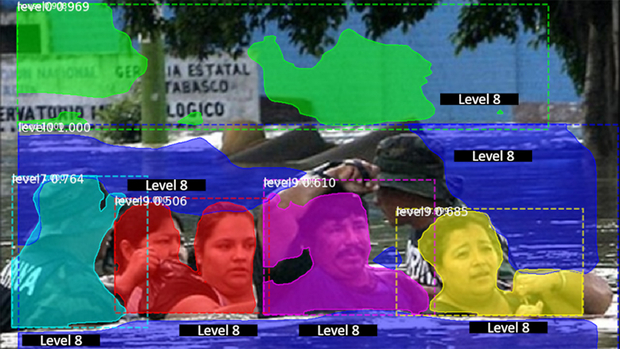 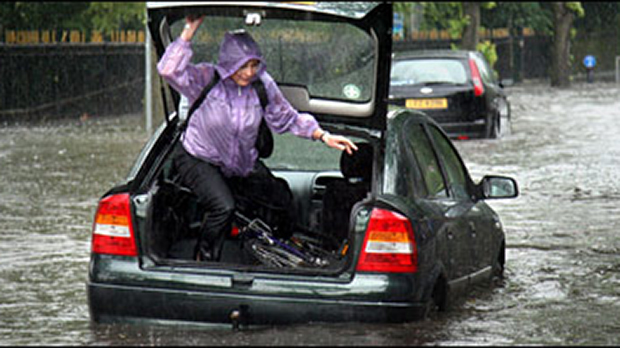 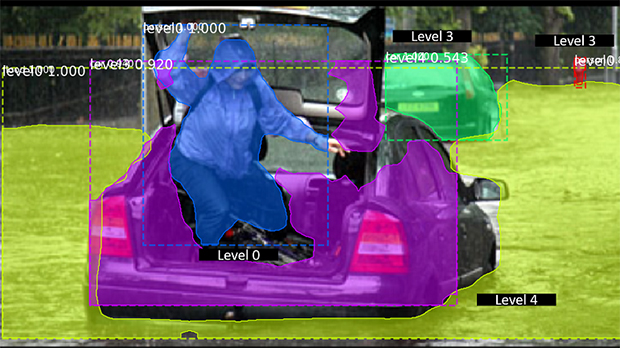 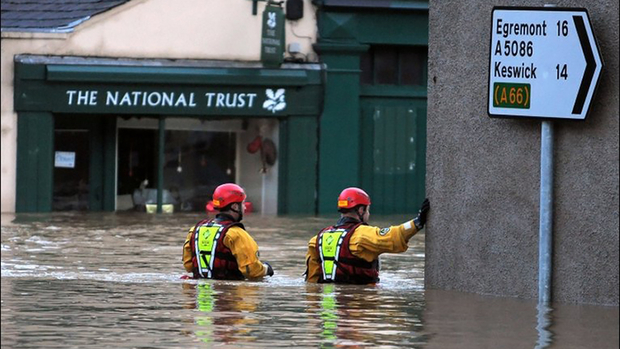 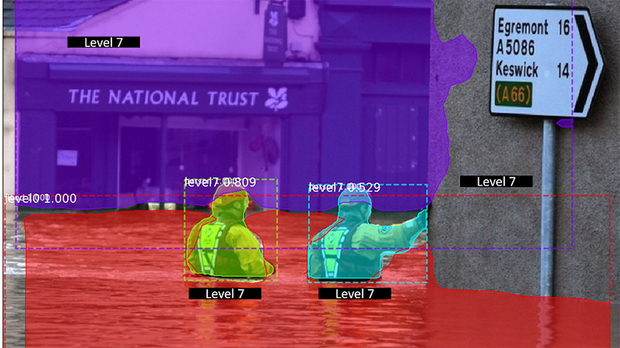 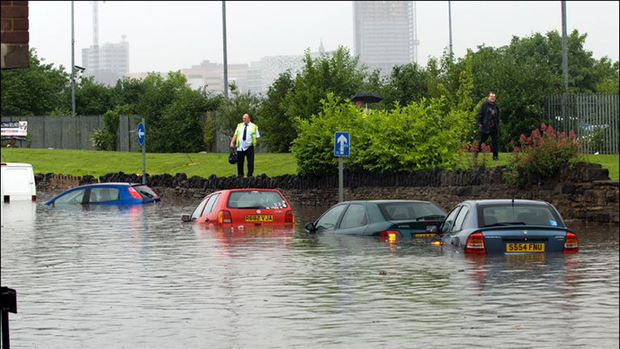 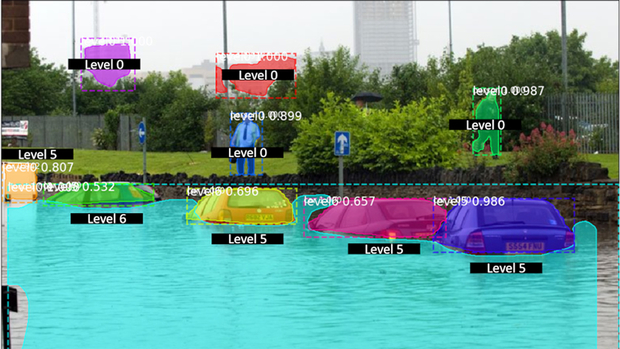 The size of known objects is used to estimates how high the water is above ground. (Pictures: Chaudhary, P. et al.: Flood-Water Level Estimation from Social Media Images)

In a next step, Leitão’s team investigated whether corresponding data could also be extracted from mobile phone videos posted on the Internet. However, such recordings often lack information on reference points that would be necessary to determine the water height. With the help of thousands of flood images, the researchers therefore developed a method that first localises selected classes of objects whose size is approximately known, for example people or cars. Based on these values, it was possible to reliably estimate the water level.

In practice, this opens new possibilities. Leitão comments: “The data from past flooding can be used to improve hazard maps, for example. The great advantage of videos from Facebook or Instagram, however, is that they primarily provide information about a flood free of charge and practically in real time. Our fully automatic image processing now allows rescue forces to use films with sufficient resolution to take protective measures in the right place or to warn the population at an early stage.”

Created by Christine Huovinen for the Info Day Magazine 2022

Presentation from the Info Day