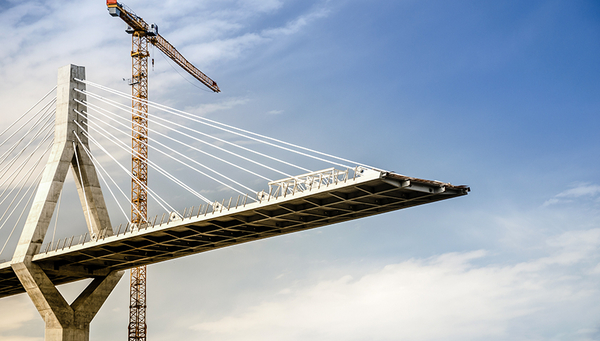 From flood protection and drinking water supply to the revitalisation of water bodies and hydropower production – water policy in Switzerland takes place in a wide variety of sectors. However, the exchange of information between politically divided players is often difficult. Science plays an important role as a bridge builder between the camps.

Researchers have qualities that most of them are not even aware of. They can play the role of diplomats or, as political scientist Mario Angst says: “They are bridge builders between organisations that do not share the same interests, such as energy companies and conservation organisations.”

Mario Angst is a post-doctoral researcher at Eawag and has investigated which types of organisations in Swiss water policy are particularly suited to passing on information across political camps. The results of this study, for which around 400 players involved in water policy and its implementation in the broadest sense were interviewed, were recently published in the journal “Governance”. Mario Angst has studied the functioning of Swiss water policy together with Laurence Brandenberger from the Chair of System Design at the ETH Zurich.

He summarises the findings as follows: “We can show that scientific organisations are much better able to take on the role as bridge builders than other players.” Sharing information could be an “aspect of the activity” of scientific organisations such as Eawag. His recommendation: researchers should think more about whether and how exactly they would like to fill this role.

The study “Information exchange in governance networks — Who brokers across political divides?” shows that the flow of information among water policy players generally works well. Where the flow of information falters, however, is between players who represent different political positions. The fact that technical information such as hydrological modelling or new findings on the occurrence of species is not shared, is usually not ill-intentioned, according to Mario Angst, but can be explained by a lack of contacts across political divides. As banal as it sounds, as an agricultural advisor and as a fish ecologist, you usually operate among your peers. That is why, according to another finding, forums such as events organised by Water Agenda 21 or the Swiss Water Pollution Control Association (VSA) are important for a better exchange of information.

Information exchange in governance networks - who brokers across political divides?