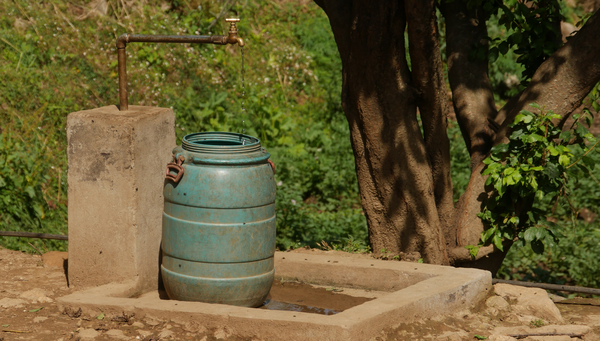 Chlorine is deadly for many microorganisms and is therefore used to disinfect drinking water. But what does chlorinated water do to the intestinal flora of young children, which yet has to develop?

An international team led by Amy J. Pickering from University of California in Berkeley and Timothy R. Julian from the Swiss Aquatic Research Institute Eawag examined stool samples from 130 children from a larger study in Bangladesh (see box). 66 of these children live in families with access to chlorinated water, and 64 have access only to untreated water.

Diversity not reduced in the majority of cases

“Overall, the chlorinated water does not reduce the biodiversity in the intestines,” Tim Julian summarises the results of the stool analyses. In both groups studied, the intestines were colonised by the same number of different microorganisms - at least in the younger children, 6 to 14 months old, and in those over 31 months. The situation was somewhat different for children aged 15 to 30 months. In this middle age group, chlorine led to a lower biodiversity. “We know from other studies that the intestinal flora changes a lot at this age,” says Tim Julian. “That’s why we need follow-up studies where children are observed over a longer period of time.” Studies with repeated sampling could help to find out how environmental conditions influence the development of the intestinal flora.

The “good ones” have the advantage

In all age groups studied, the researchers found significant differences in the species composition of the intestinal flora between the two groups. In the groups with access to chlorinated water, bacteria from the environment, including many triggers of infectious diseases, occurred less frequently in the stool. Instead, more enterobacteria were found - i.e. bacterial species that belong to the “normal” intestinal flora. Some of these bacteria can also cause diarrhoea if they become prevalent. However, many of them are indispensable for health - for example, their metabolism helps with digestion, inhibits inflammation or forestalls the colonisation of the intestines with pathogens. "The results indicate that the development of the intestinal flora is not steered in an undesirable direction by chlorinated water,” the researchers conclude.

The hypothesis was not confirmed that the group that used chlorinated water and therefore suffered less from diarrhoea and was treated less often with antibiotics would also have less antibiotic-resistance. On the contrary, the team found more antibiotic resistant genetic fragments in this group.

The researchers attribute the result to the higher proportion of enterobacteria in these stool samples. This is because resistance accumulates in the genome of these bacterial species that originates from all kinds of sources. The use of antibiotics in food production, for example in animal husbandry, is reflected in these bacteria just as much as the use of antibiotics in human medicine.

The authors of the study point out that not all of the functions of the countless microorganisms that can colonise the human intestine have been investigated. And especially in poorer countries, the intestinal flora, whose composition varies greatly depending on environmental conditions and diet, is even less well researched than in Europe or the USA. For example, the researchers were unable to assign 42 percent of the microorganisms they found in the stool samples to any known species - and therefore see a need for further research.

Chlorine reduces diarrhoea and the need for antibiotics

Normal intestinal flora is fundamental for human health. Their development is essentially completed in the first three years of life and is presumably essential for the development of metabolism and growth, susceptibility to disease and mental development.
But especially in low and middle-income countries, there is a high risk that a lack of access to clean water will disrupt this development. Thus, small children are often exposed to diarrhoea and other infectious diseases that cause inflammation. Both the infections and their frequent treatment with antibiotics hinder the development of healthy intestinal flora. In addition, frequent use of antibiotics leads to increased antibiotic resistance.

Chlorination of tap water is an accepted means of reducing infections worldwide. This beneficial measure also proves effective in rural regions of Nepal, as confirmed by an Eawag study published earlier this year in the journal Frontiers in Water. It showed that with chlorinated water, E. coli bacteria, which are frequently responsible for diarrhoea, were significantly reduced not only in the water pipes, but also at home in the families who had fetched the water from public taps.

The positive impact on young children’s health is demonstrated by another study on two poor neighbourhoods in Dhaka, the capital of Bangladesh, published in Lancet Global Health in 2019. Amy Pickering from University of California in Berkeley and her team evaluated 4000 statements from parents of young children. This showed that the children whose families could use a public water supply with chlorinated water were less likely to get sick. In the last seven days before the survey, the incidence of diarrhoea was 23 percent lower, and in the last two months, 7 percent fewer antibiotics were needed than in the comparison group, which only had untreated water for drinking, cooking, washing and cleaning. One year after this survey, stool samples were collected from 130 children in this group and examined for the current intestinal flora composition study.