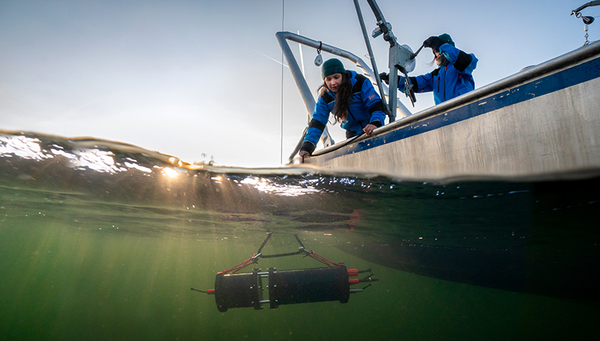 Our lakes, rivers and streams are teeming with the smallest creatures, plants and bacteria that are barely visible to the naked eye, if at all. An underwater camera makes it possible to observe and identify the species of these creatures in real time.

"Wow, that's so beautiful!" – Children and adults were audibly enthralled by images from the Eawag underwater camera Aquascope during the "Science City 2019 Meeting Point" exhibition at the ETH Zurich. The images showed photos of tiny creatures floating in the water, just as they were cavorting in the waters of Lake Greifen. These images were transmitted live from the Aquascope installed in Lake Greifen via the Internet to a computer screen in the exhibition.

The millimetre-sized organisms floating in the lake are called plankton. If they are animals, we call them zooplankton; if they are plants, we refer to them as phytoplankton. Until now, plankton have mostly been studied using manual techniques – where researchers collect water samples from a boat at great effort, sometimes even at night. The samples are then examined by taxonomists in the laboratory. In order to sort the plankton, identify the species, measure and count them, the experts sometimes sit for hours in front of the microscope. All this requires a lot of material and financial resources and only yields limited results – a couple of data points scattered over a few months.

A multidisciplinary team at Eawag has now developed the Aquascope underwater camera. Researchers from the “Aquatic Ecology” and “Systems Analysis, Integrated Assessment and Modelling” departments, Eawag's IT service and the “Jaffe Laboratory of Underwater Imaging” at the “Scripps Institution of Oceanography” (California, USA) were involved. This camera takes real-time images of plankton and sends them directly to an Eawag server. Deep-learning software developed by Eawag automatically identifies the individual creatures down to at least the genus level. Researchers and anyone interested can then access the images and data at any time at www.aquascope.ch.

In order for the software to recognise the creatures correctly, it first had to be trained with thousands and thousands of plankton images. However, before the images from the Aquascope were read into the software for training, a taxonomist determined the exact species of each plankton organism in the photos. The more images of the same species are available to the software, the better it learns to identify that species.

"The camera gives us access to a world that is still very much unknown," says Ewa Merz, a doctoral student at Eawag and first author of a recently published article, which describes the camera in detail. "We can follow and observe the plankton in Lake Greifen live from our office chair," she explains enthusiastically. The camera is currently installed in Lake Greifen at a depth of three metres and delivers images every hour. This enables very high-resolution measurement series, which the researchers can use, for example, to give early warnings of toxic algal blooms.

Since the camera does not directly interfere with the plankton life, it does not affect population dynamics and individual species interactions. Such insights remain hidden with the conventional method because the plankton in the samples usually have to be killed and fixed before they can be analysed under the microscope. Often the fixation destroys the organisms to such an extent that they can no longer be recognised. Such artefacts can falsify the results. "What we discovered with the camera is that the rotifer Paradileptus elephantinus is not as rare in Lake Greifen as we previously thought. We think that the tiny creature would previously disintegrate during chemical fixation. Since the camera has been installed, we see P. elephantinus almost every day,” says Ewa Merz. "Ciliates such as P. elephantinus eat algae and seem to be important in regulating the algae population. The camera now allows us to closely observe the dynamics of these ciliates and other small phytoplankton feeders interacting with the algae. And that is unique," explains Francesco Pomati, head of the Aquascope team.

Images from the depths of Lake Greifen 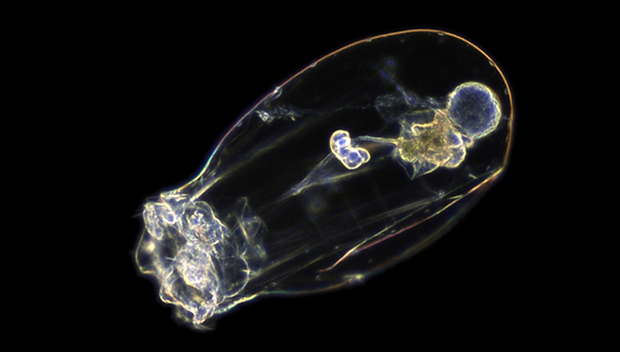 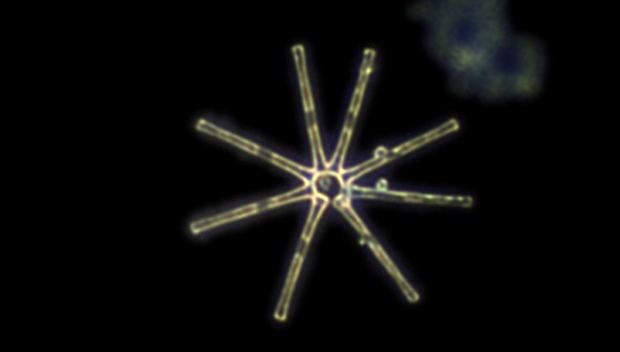 Asterionella is a genus of diatoms 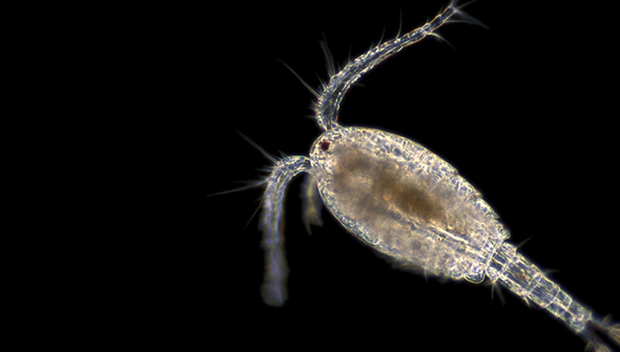 Cyclopoids belong to the copepods 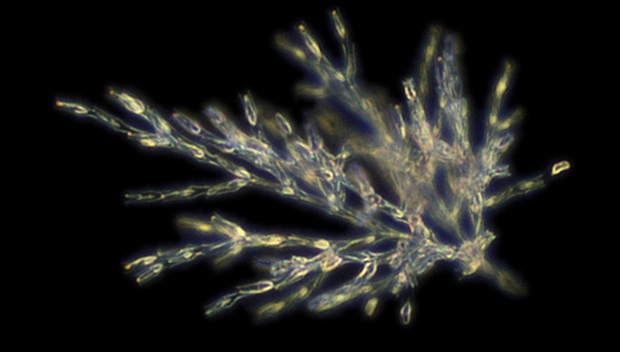 Dinobryon sp. is a freshwater species of algae 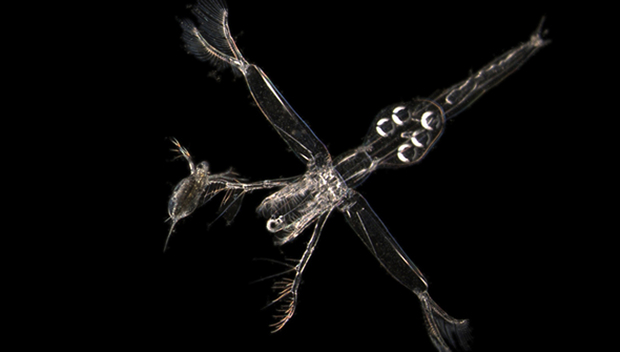 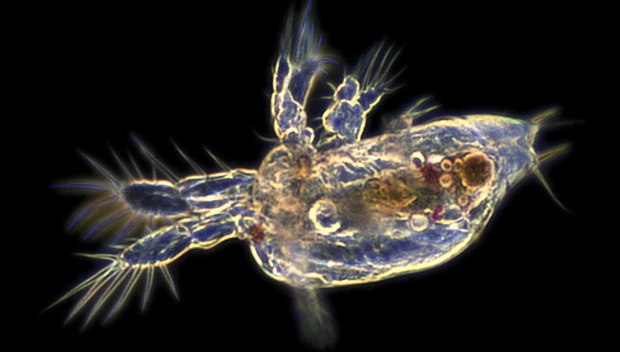 The nauplius larva of crustaceans 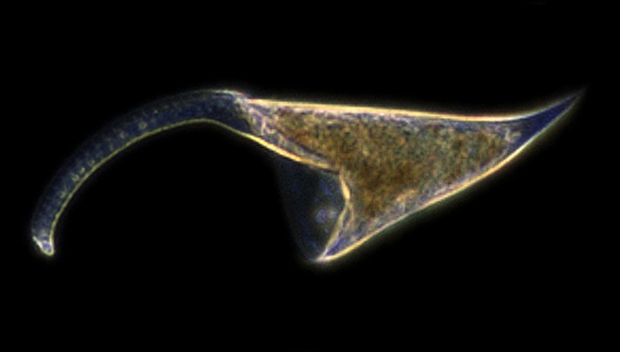 Thanks to the Aquascope, it could be shown that the rotifer Paradileptus elephantinus is much more common in Lake Greifen than expected 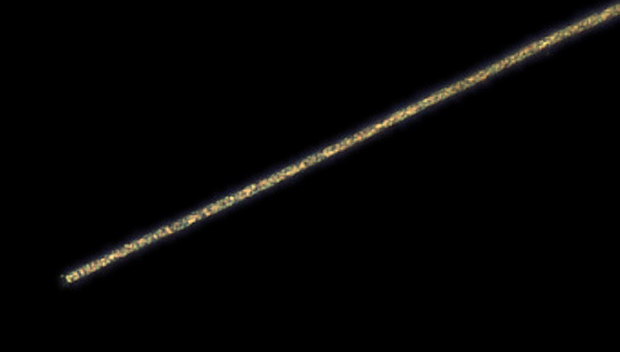 The burgundy blood alga (Planktothrix rubescens) belongs to the cyanobacteria 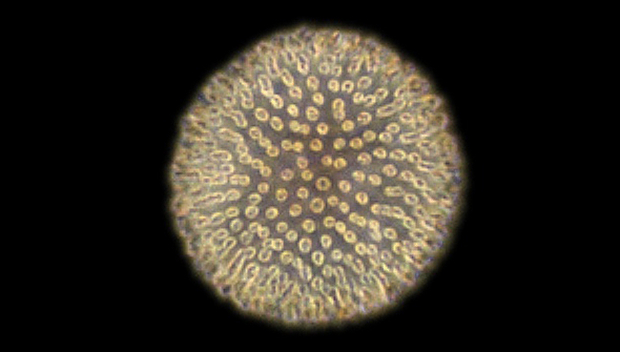 Since the images are accessible to everyone, administrations and environmental agencies can use the data and warn people about potential algal blooms at an early stage. Bathers and swimmers can also get a glimpse of the water bodies in which they want to cool off. "Most of the time, people are amazed at how much diversity there is in a drop of water," explains Ewa Merz. The camera therefore has a lot of potential to sensitise the population to biodiversity and water protection.

The future of the camera

Today's model of camera has two magnification lenses that together can capture objects between ten micrometres and one centimetre (for comparison, the thickness of a hair is about 60 micrometres). However, since there are also plankton species that are much tinier, the researchers would like to equip the camera in future with an additional lens that can record even smaller organisms. The scientists hope to gain an even deeper insight into the life of the smallest plankton species.

In Lake Greifen, Francesco Pomati, Ewa Merz and their team operate an underwater camera to monitor the plankton.