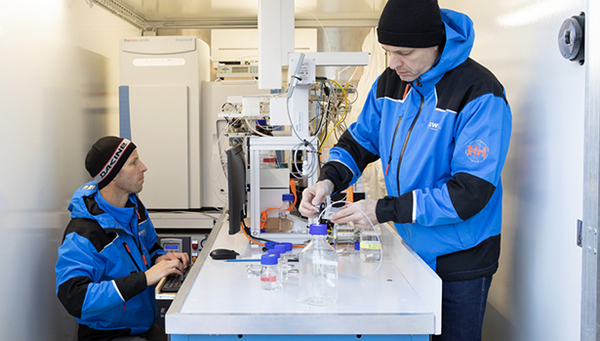 Thanks to a new instrument, water pollutants can be measured automatically over a period of weeks – directly in the field, rather than in the laboratory. The mobile mass spectrometer is housed in a trailer and can be remotely controlled by smartphone.

Rain enables crops to grow, but it also causes the run-off of pesticides to rivers and streams. Concentrations of these substances in surface waters can be monitored by means of regular sampling. However, with the traditional approach – grab sampling and determination of mean values – it is rarely, if ever, possible to measure the peak concentrations associated with heavy rainfall.

To address this problem, a project was launched in 2017 by Christoph Ort of the Urban Water Management department and Heinz Singer of the Environmental Chemistry department: their aim is to use a highly sensitive instrument (mass spectrometer) mounted in a trailer to measure substances automatically, almost continuously and directly in surface waters or sewers, rather than performing measurements on samples in the lab. This explains the name of the project – “MS2field” (mass spectrometer to field).

Thanks to the mobile unit, water samples no longer need to be individually collected, transported and stored at the laboratory. Instead, using a hose, the water to be analysed is continuously pumped through the trailer. Here, every few minutes, samples (a few millilitres in each case) are automatically prepared for analysis in the mass spectrometer. The instrument can identify a broad spectrum of pollutants in the water sample. Christoph Ort is enthusiastic: “This means we can follow highly dynamic processes live – even on a smartphone!”

On an initial field test in February 2019, the team led by Ort and Singer studied wastewater from the treatment plant at Fehraltorf (canton of Zurich). Over a 4-week period, the unit analysed around 2000 raw wastewater samples, revealing previously unsuspected variations and diurnal patterns. As Ort points out, “With conventional sample collection and preparation, this would have taken several months.”

The measurements showed, for example, that certain substances occur in daytime during the week, but not at the weekend, indicating industrial wastewater discharges. The temporal patterns generated by the mobile unit can also help to identify other sources of pollution, or to ensure that peak concentrations of pollutants in wastewater are not overlooked. Ort explains: “The system could also be used in future in cases where a treatment plant cannot treat all the wastewater arising during wet weather; heavily contaminated wastewater could then be retained, rather than being inadvertently discharged into receiving waters.”

What may sound straightforward is in fact a feat of engineering: operating a highly sensitive mass spectrometer in a trailer is far from trivial. According to Heinz Singer, “The system is designed for operation under optimal laboratory conditions.” But temperature or moisture, for example, will be much more variable in the trailer than in the lab. Likewise, continuous power supplies and nitrogen generation need to be assured. The researchers were pleased that the mobile unit was already functioning reliably just half a year after the start of the project. That could not be taken for granted, and was largely due – Ort and Singer are both convinced – to the interdisciplinary nature of Eawag’s team.

In the future, the experience gained in this project should help to make mass spectrometers even more compact. Singer says: “We’ve learned a lot about which components can be installed in a more space-saving way and operated more energy-efficiently. The next version of our system could be less than half the size of this one.” And he is sure that portable mass spectrometers for environmental applications can be expected to be available in a few years’ time: “For that, we’ve taken an important step in this project – from the lab to the field.” 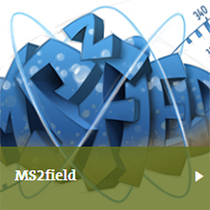