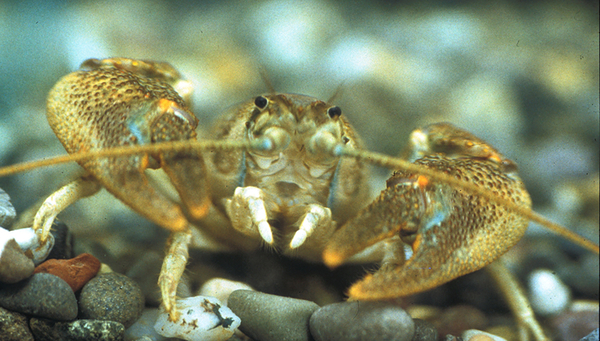 Formerly widespread, native crayfish in Switzerland are now highly endangered. With support from Eawag, experts are doing everything they can to preserve the secretive river dwellers.

At 10 to 20 centimetres, they are the largest invertebrates in Swiss water bodies; they are active at night and little known even by fishermen and naturalists. Native crayfish live a secretive life far away from the public eye. They perform an important function for the river eco-system: as omnivores, they decompose leaf litter or the remains of dead fish, for example.

Only rarely does a crayfish like this end up on the plate in Switzerland. This was different in the past. The native species stone crayfish, white-clawed crayfish and noble crayfish were widespread throughout Europe and the noble crayfish in particular was on the menu of the population until the beginning of the 20th century. Today, these species have almost completely disappeared from the large lakes and rivers, which is why they have been placed under protection by the federal government and defined as a national priority species.

What happened? And what measures is Switzerland taking to promote the conservation of the remaining populations? These questions were answered by the practice-oriented Eawag course (PEAK) “Protection of the native crayfish”, which took place on June 4 at the Maison de la Rivière in Tolochenaz, Vaud. The participants were experts who are responsible for the protection of the native crayfish in practice – for example, in the cantonal departments or in eco-offices.

A course participant and a lecturer examining a crayfish.
(Photo: Christoph Vorburger)

What happened to the crayfish?

In the past few centuries, the natural habitats of the crayfish have been destroyed piece by piece by human impact. Many water bodies lack natural structures that the creatures can use as shelter. In addition, the crayfish suffer from the pollution of the waters with pesticides and heavy metals. The situation worsened dramatically when North American crayfish species were introduced to Europe from the 19th century onwards to compensate for the decline of native crayfish. The invasive crayfish not only proved to be much more competitive than the native ones and contested their habitats, but they also brought the crayfish plague to Europe.

While the alien crayfish themselves were already very resistant to this infectious disease, which also originated in America, there was a dramatic decline in native crayfish. Even today, outbreaks occur again and again, in which very many creatures die.

What is the current situation?

Today, the large waters of Switzerland are full of alien crayfish, which belong to a total of four species: eastern crayfish, signal crayfish, red American swamp crayfish and Galician crayfish. The native crayfish have been almost completely pushed back into remnant populations in headwaters that are largely isolated from each other.

In order to protect stone crayfish, white-clawed crayfish and noble crayfish, the Swiss Federation launched the "Swiss Crayfish Action Plan" in 2011, which has since been implemented by the cantons. After ten years, the objective – to conserve the stocks and, if possible, to increase them again – is more relevant than ever. 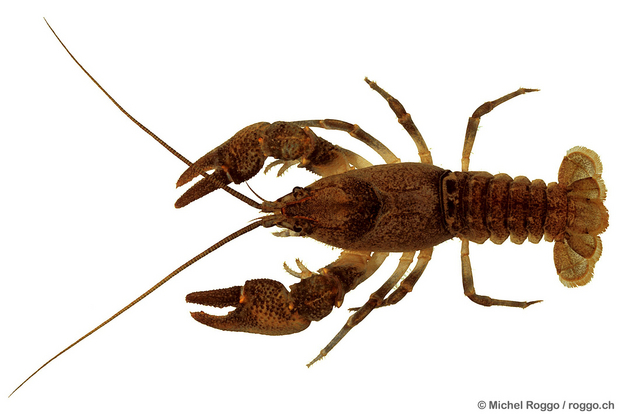 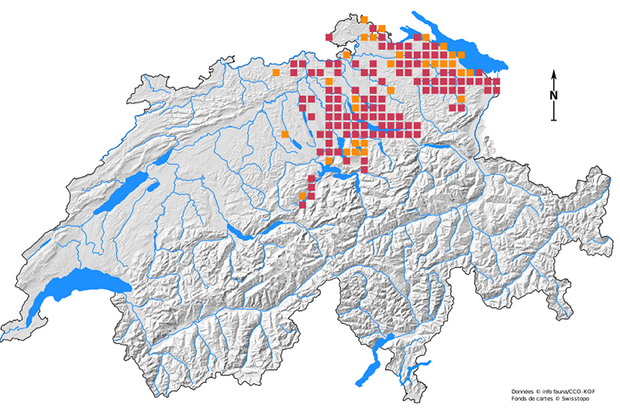 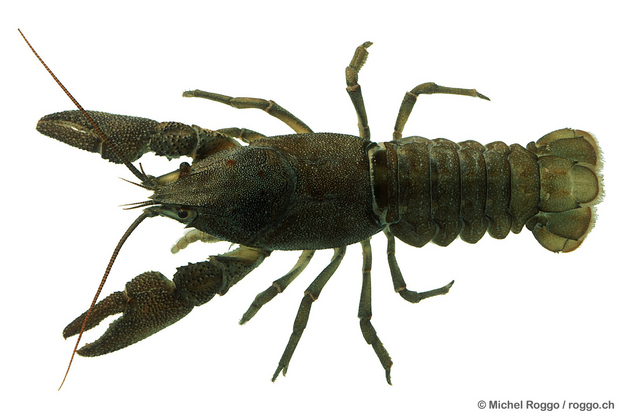 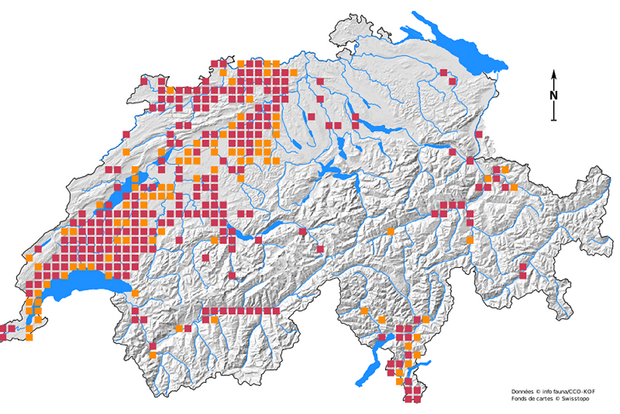 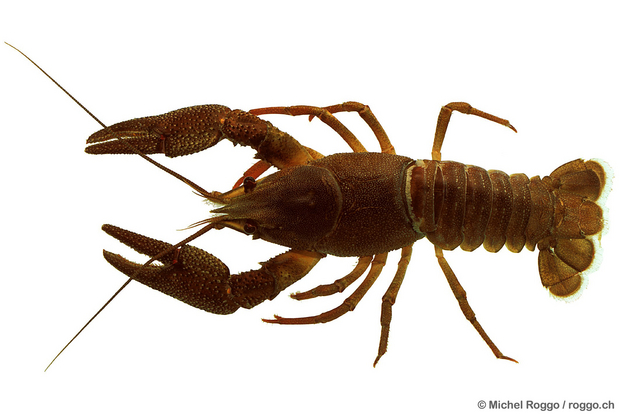 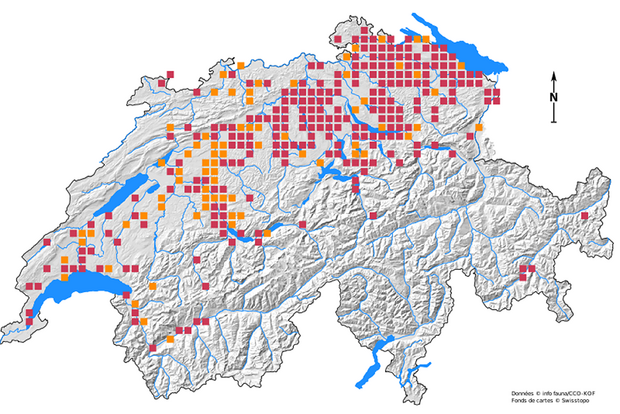 Move your cursor over the picture to display the captions.

What is Switzerland doing?

The strategy of the Swiss Federation and the cantons includes several measures that were presented and discussed in the PEAK course. These are essentially the following:

Prof Christoph Vorburger is a biologist. He heads the Aquatic Ecology department at the aquatic research institute Eawag and organises the PEAK course on native crayfish. He also teaches at the ETH Zurich.

What research is Eawag doing on this topic?

We conduct population-genetic analyses of the highly-endangered stone and white-clawed crayfish. This allows us to see where there are particularly valuable populations with high genetic diversity, which populations are isolated from each other and which are still in genetic exchange. In this way, we help the cantons manage the populations for whose protection they are responsible.

We also support the Swiss crayfish coordination unit (“Koordinationsstelle Flusskrebse Schweiz”; KFKS), which coordinates the actions of the cantons in such analyses. A dissertation project supported by Eawag and KFKS also developed a method for detecting the crayfish plague pathogen directly from water samples using environmental DNA.

How successful are all these efforts to protect the crayfish?

In recent years we have seen that it is possible to improve water bodies so that they are once again habitable for crayfish. Such success stories could be heard in the PEAK course. And in suitable water bodies, crayfish can be successfully reintroduced from farms. The noble crayfish in particular can also be well protected and used in isolated still waters. Despite these encouraging results in individual regions, we will never be able to restore the original state in Switzerland.

Unfortunately, setbacks are frequent, such as the recent outbreak of the crayfish plague in an Aargau stock of white-clawed crayfish, which was of national importance. Overall, the trend is unfortunately still negative. We still need protection measures to be able to conserve the remaining stocks. In order for this to continue to work well in the future, local cooperation between anglers, residents, nature conservationists and politicians is necessary. And also, the exchange with experts from the field, which we facilitate in our PEAK course.

The practice-oriented Eawag course "Protection of the native crayfish" will take place once again in autumn at the Maison de la Rivière in Tolochenaz, Vaud. If you are interested in attending, please register by e-mail at peak@cluttereawag.ch.