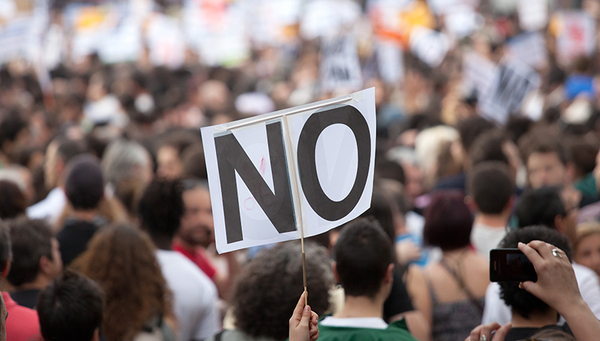 Although the consequences of climate change are becoming more and more visible and tangible, the transition to climate-friendly energy systems is only proceeding slowly. In a field experiment, Eawag and the University of Groningen (NL) investigated what kind of measures could be used to better promote innovations such as heat pumps.

The desire for freedom and self-determination is deeply rooted in our Western culture. Regulations, prohibitions and even recommendations therefore frequently induce defiant reactions. Some people may reach for the cigarette with even greater conviction in protest of the notice: “Smoking can harm your health.” Others, on the other hand, defend their personal freedom by demonstratively refusing to wear a mask despite the rules and pandemic situation.

Psychological research refers to this behaviour as reactance – the resistance when one’s freedom of choice is perceived to be or is actually restricted. Energy policies may also be confronted with such responses of reactance when, for example, petrol prices are to be increased or innovations such as climate-neutral heating systems are promoted.

Nadja Contzen, head of Eawag’s "Environmental Health Psychology" group, is therefore working with researchers at the University of Groningen in the Netherlands to investigate how people react when their freedom of choice is restricted by energy policies. In particular, she is interested in whether innovations are best introduced with mandatory or voluntary measures. Because even if mandatory regulations are usually more effective, the protest of the population can end up being so great that the politicians have to backtrack from their plans and are unable to introduce the regulations.

“Besides reactance, we were interested in the influence of the personal values held by the persons concerned. For this reason, we combined the established reactance theory with the values model we developed,” says Contzen. The VICE model (Value-Innovation-Congruence model of Emotional responses) states that personal values influence how people respond to policy measures to promote an innovation. If one’s own values are in line with the objectives of the innovation, positive emotions are evoked. If, on the other hand, values and innovation contradict each other, negative emotions tend to develop.

For example: people who care about nature and protecting the environment are more open to climate-friendly innovations. People who, on the other hand, are primarily concerned with their well-being and finances usually react negatively or even angrily to new energy policy demands. This is because many of these measures mean that citizens have to dig deeper into their wallets.

Field experiment in the Netherlands

To test the theoretical development – the combination of the reactance model with the values model – in reality the research team conducted a field experiment in a neighbourhood of the city of Groningen in the Netherlands. The researchers randomly selected houses in a neighbourhood and distributed questionnaires to their homeowners.

In consultation with the municipality, all participants were first informed in the questionnaire that the municipality wanted to promote the transition from gas heating to climate-friendly air-water heat pumps and was discussing various options to this end. Afterwards, the "mandatory option" was further elaborated on for some of the respondents. The questionnaire stated that the municipality was considering using a regulation to oblige all homeowners to install a heat pump. For the other part of the respondents, the “voluntary option” was described: the municipality was considering using information campaigns to motivate homeowners to switch to heat pumps. Finally, there were questions about the reaction of the participants. The researchers were able to analyse 97 completed questionnaires.

The research team has now published the results of the field experiment in the journal "Energy Research & Social Science." The most important conclusion was that practically all of them perceived the planned regulation as a restriction of their freedom. However, the negative emotions and resistance to the policy were weak. There was no protest in the neighbourhood, not even complaints, either to the researchers or to the municipality. The researchers thus concluded that the homeowners would probably accept a heat pump requirement, albeit reluctantly.

"Politicians are often reluctant to impose new regulations for fear of protests," says Contzen. "According to our study, however, it would sometimes be possible for them to take the risk and enact regulations, even if there is resistance at first." Other studies show that reactance usually decreases quickly once measures have been definitively decided. This is another reason to be more courageous in political decision-making.

The study also shows that in addition to reactance, individual values also influence reactions. As predicted by the VICE model, the more important respondents considered their own well-being, the greater the negative emotions, especially against the regulation. If someone has their own finances in mind above all, the imposed costs of acquiring a heat pump are relatively bothersome.

"We were surprised by the reactions of people with a strong interest in environmental protection," says Contzen. "We had expected that it would be appealing to them if all households had to install a heat pump because it would be more effective at reducing CO2 emissions." However, the environmentally conscious people were not at all pleased about a possible heat pump regulation; on the contrary, the limited freedom of choice tended to arouse resistance among them as well.

Emphasis on the effectiveness of regulations

The researchers took a closer look at this result and found that the surveyed homeowners ranked both options as equally good for climate protection. For this reason, the mandatory option probably failed to evoke positive emotions among the environmentally conscious people.

"If policymakers want to drive the acceptance of innovative technologies, they could emphasise more strongly that regulations can protect the climate better than non-binding recommendations," says Contzen. This would at least promote acceptance among those who value environmental protection. "On the other hand, if you want to convince people who are paying, or who have to pay, more attention to their wallets, subsidies are particularly advantageous."

Emotions towards a mandatory adoption of renewable energy innovations: the role of psychological reactance and egoistic and biospheric values