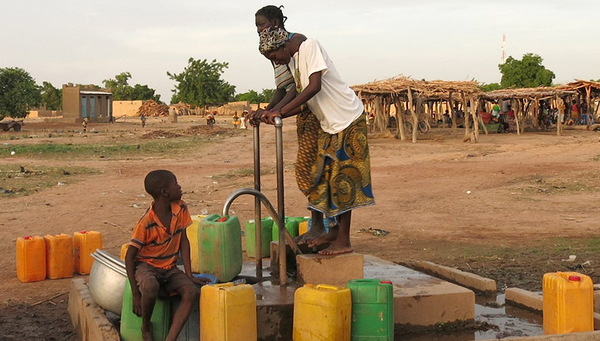 Over 300 million people worldwide use groundwater contaminated with arsenic or fluoride as a source of drinking water. The Swiss Federal Institute of Aquatic Science and Technology (Eawag) has developed a method whereby the risk of contamination in a given area can be estimated using geological, topographical and other environmental data without having to test samples from every single groundwater resource. The research group’s knowledge is now being made available free of charge on an interactive Groundwater Assessment Platform (GAP). enables authorities, NGOs and other professionals to upload their own data and generate hazard maps for their areas of interest.

A third of the world’s population uses groundwater as its source of water for drinking or cooking and for agriculture. Especially in developing countries, groundwater contains fewer pathogens than does water from lakes or rivers and may even be the only available source. Overall, however, about 10 percent of wells are contaminated with arsenic or fluoride. These contaminants are usually of natural (geogenic) origin, being leached from aquifer rocks and sediments.

At high concentrations or when ingested over long periods, arsenic and fluoride have serious effects on human health. Excessive fluoride intake can lead to pitting of the teeth and bone and joint deformities. Chronic exposure to arsenic is associated with discoloration and thickening of the skin and can also cause cardiovascular disorders or cancer.

In 2008, an Eawag research group presented a new method that makes it possible to produce probability maps for the occurrence of geogenic contaminants without having to sample all the wells and groundwater resources in a given region (Amini et al. 2008a, 2008b). These maps were an innovative development in the field of groundwater research.

The accuracy of the researchers’ predictive models was demonstrated in various countries, including Bangladesh, Vietnam and Sumatra (Indonesia) (Winkel et al. 2008), but especially in China, where – in collaboration with the China Medical University of Shenyang – Eawag showed that around 20 million people live in high-risk areas. In this study, a number of areas affected by groundwater arsenic contamination were identified for the first time (Rodriguez‑Lado et al. 2013).

Michael Berg, Head of the Department of Water Resources & Drinking Water at Eawag, explains the basic principle as follows: “The statistical model we’ve developed uses data on geology, topography and soil properties. Together with additional datasets – e.g. climate or satellite data – these are combined and calibrated with available local measurements of arsenic and fluoride.”

In developing countries, owing to a lack of technical and financial resources, it is often almost impossible for authorities to perform the complex task of producing arsenic or fluoride hazard maps without assistance. Now, with financial support from the Swiss Agency for Development and Cooperation (SDC), the Eawag team in collaboration with Ernst Basler + Partner and Hydrosolutions has developed an online solution that is available to all in­terested parties free of charge – the Groundwater As­sessment Platform (www.gapmaps.org).  Michael Berg comments: “GAP makes it possible for professionals around the world to visualize their own data with relatively little effort and to produce their own hazard maps. This makes it easier to identify the wells that should be investigated as a matter of priority, so that available funds and resources can be deployed in a more targeted manner.”

Rick Johnston, a technical officer at the WHO, also believes the new platform will play a significant role: “For countries with an arsenic or fluoride problem, GAP could become an important instrument for monitoring implementation of the 2030 Agenda for Sustainable Development.” GAP, he adds, should also be a useful tool for WHO and UNICEF, which are closely involved in efforts to mitigate arsenic and fluoride contamination in drinking water.

Sharing information on the removal of contaminants

According to Michael Berg, GAP is not merely an online database for the production of hazard maps: “The new platform facilitates more rapid localization of geogenic contamination, and that’s a milestone in the protection of public health. But just as important as early detection is the development of practical methods for removing these toxic substances from water.”

A number of these methods are described in the “Geogenic Contamination Handbook” – also produced by Eawag – which is available on www.gapmaps.org (as a pdf file and in the form of a Wiki to which all users can contribute articles). Michael Berg emphasizes: “In spite of all the progress that’s been made, a lot of research still needs to be done – especially on the development of treatment technologies that are safe and easy to use.” For this reason, GAP was also designed from the outset with a forum for sharing information: “The sooner existing knowledge can be effectively disseminated, the better.” The new online portal will now permit the development of a global network.