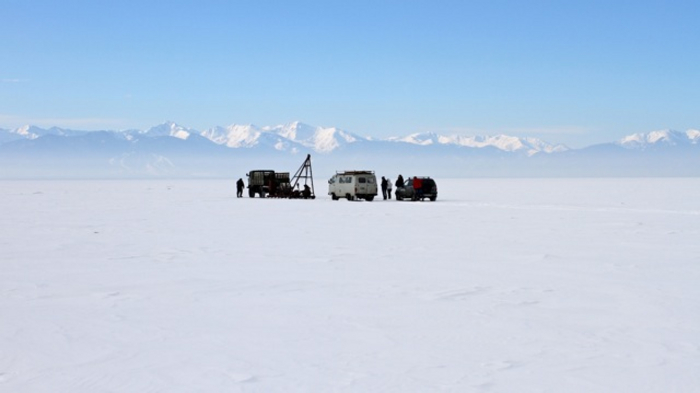 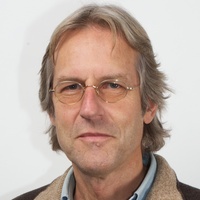 Biogenic calcite precipitation is the removal of calcite (CaCO3) from the epilimnion to the sediments of hard-water lakes during summer stratification, caused by increased pH during algal blooms and by nucleation of calcite crystals on surfaces of micro-algae. Although this phenomenon has been studied for decades, details of the underlying mechanisms are still debated. Using results of approximately 70,000 alkalinity measurements from 13 hard-water Swiss lakes (each with approximately 30 yr to 50 yr of monitoring), we demonstrate that (i) calcium carbonate-buffered lakes act as alkalinity sinks during summer stratification but act as CO2 sources during and immediately after spring overturn; (ii) as the alkalinity concentration ([Alkmix]) and the total phosphorus concentration ([TPmix]) at spring overturn increase, increasingly more alkalinity is lost from the epilimnion during summer stratification; (iii) [Alkmix] is determined by the lake's discharge-weighted average inflow concentration ([Alkin]), flushing rate, mean depth and [TPmix]; and (iv) [Alkin] depends on the mineralogy and the land use affecting in-soil nitrification of ammonia and subsequent calcite dissolution in the catchment.
See DOI
See Institutional Repository
Müller, B.; Meyer, J. S.; Gächter, R. (2016) Alkalinity regulation in calcium carbonate-buffered lakes, Limnology and Oceanography, 61(1), 341-352, doi:10.1002/lno.10213, Institutional Repository

Monitoring of four eutrophic Swiss lakes undergoing oligotrophication during more than 25 years (i.e., gradually decreasing nutrient loading, productivity, and associated symptoms of eutrophication) revealed that phosphorus (P) net sedimentation rates (the fraction of the lakes' total P content that is buried within its sediments each year) and P export rates (the fraction of the lakes' total P content that is exported via the outlet each year) increased as the lakes' P contents decreased. These findings are of scientific as well as practical interest because they imply that, contrary to the hitherto prevailing view, the P concentration of eutrophic lakes will decrease more than proportional to the reduction of their external P load, and faster than predicted by the linear (eutrophic state-based) models.
See DOI
See Institutional Repository
Müller, B.; Gächter, R.; Wüest, A. (2014) Accelerated water quality improvement during oligotrophication in peri-alpine lakes, Environmental Science and Technology, 48(12), 6671-6677, doi:10.1021/es4040304, Institutional Repository

The oxygen-consuming processes in the hypolimnia of freshwater lakes leading to deep-water anoxia are still not well understood, thereby constraining suitable management concepts. This study presents data obtained from 11 eutrophic lakes and suggests a model describing the consumption of dissolved oxygen (O2) in the hypolimnia of eutrophic lakes as a result of only two fundamental processes: O2 is consumed (i) by settled organic material at the sediment surface and (ii) by reduced substances diffusing from the sediment. Apart from a lake’s productivity, its benthic O2 consumption depends on the O2 concentration in the water overlying the sediment and the molecular O2 diffusion to the sediment. On the basis of observational evidence of long-term monitoring data from 11 eutrophic lakes, we found that the areal hypolimnetic mineralization rate ranging from 0.47 to 1.31 g of O2 m–2 d–1 (average 0.90 ± 0.30) is a function of (i) a benthic flux of reduced substances (0.37 ± 0.12 g of O2 m–2 d–1) and (ii) an O2 consumption which linearly increases with the mean hypolimnion thickness (zH) up to 25 m. This model has important implications for predicting and interpreting the response of lakes and reservoirs to restoration measures.
See DOI
See Institutional Repository
Müller, B.; Bryant, L. D.; Matzinger, A.; Wüest, A. (2012) Hypolimnetic oxygen depletion in eutrophic lakes, Environmental Science and Technology, 46(18), 9964-9971, doi:10.1021/es301422r, Institutional Repository

The geochemistry of the Yangtze River: seasonality of concentrations and temporal trends of chemical loads

The Yangtze is the largest river in Asia and its water composition reflects the activities of about 400 Mio people in its catchment. Its chemical loads have a large impact on the biogeochemistry of the East China Sea. We discuss and quantify the annual dynamics of major ions, nutrients, and trace elements from samples collected monthly at Datong Station from May 2009 to June 2010. The Yangtze today carries 192 × 106 tons of total dissolved solids annually to the East China Sea, which is an increase of 25% compared to the average of 1958–1990. While the loads of dissolved silica (SiO2), dissolved inorganic carbon (DIC), Ca2+ and Mg2+ compared well with the long-term averages since the 1950s, loads of Na+, Cl−, SO42−, have tripled since 1958–1990. The increase of SO42− is attributed to the burning of coal in the catchment, and 18% of the F− load is estimated to originate from this source. The increase of Na+ and Cl− loads may be anthropogenic as well. The load of dissolved inorganic nitrogen (DIN) has increased 15 fold since the early measurements around 1970 and amounts to 1.6 Mt-N/yr today. The particulate concentrations of the typical anthropogenic trace metals Cd, Cr, Cu, Ni, Pb, and Zn showed enrichment factors between 0.7 – 7 compared to the natural background. Their annual peak concentrations all exceeded the quality targets recommended by the EC up to two times. However, the load of trace elements at Datong decreased by 73–86% (As: 50%) in the past ten years.
See DOI
See Institutional Repository
Müller, B.; Berg, M.; Pernet-Coudrier, B.; Qi, W.; Liu, H. (2012) The geochemistry of the Yangtze River: seasonality of concentrations and temporal trends of chemical loads, Global Biogeochemical Cycles, 26(2), 1-14, doi:10.1029/2011GB004273, Institutional Repository