We evaluated how intermittent shear influences the physical structure, material properties and hydraulic resistance of membrane biofilms developed during gravity-driven ultrafiltration of river water, with the ultimate goal of increasing the filtration performances. Our results indicate intermittent shear helps slowing-down the flux decline but does not help to increase the level of stabilisation of the permeate flux. After several weeks, the biofilms exposed to different shear regimes were indeed characterised by similar hydraulic resistance. But the characteristic time to achieve a stable flux increased from 7 d to 25d when increasing the shear frequency. Also, most of the hydraulic resistance (up to 95%) was governed by the base layer that remained attached after erosion tests. With increasing exposure to shear conditions, the biofilms became more cohesive and more elastic, thus resisting better to cross flow conditions. Overall, our results demonstrate that engineering membrane biofilms with a desired permeability is not feasible using intermittent shear due to significant adaptability of the biofilms to their hydraulic environment.
See DOI
See Institutional Repository
Derlon, N.; Desmond, P.; Rühs, P. A.; Morgenroth, E. (2022) Cross flow frequency determines the physical structure and cohesion of membrane biofilms developed during gravity-driven membrane ultrafiltration of river water: implication for hydraulic resistance, Journal of Membrane Science, 643, 120079 (10 pp.), doi:10.1016/j.memsci.2021.120079, Institutional Repository

The production of volatile fatty acids (VFAs) represents a relevant option to valorize municipal wastewater (MWW). In this context, different capture technologies can be used to recover organic carbon from wastewater in form of solids, while pre-treatment of those solids has the potential to increase VFA production during subsequent fermentation. Our study investigates how VFA composition produced by fermentation is influenced (i) by the choice of the capture technology, as well as (ii) by the use of thermal alkaline pre-treatment (TAP). Therefore, the fermentation of solids originating from a primary settler, a micro-sieve, and a high-rate activated sludge (HRAS) system was investigated in continuous lab-scale fermenters, with and without TAP. Our study demonstrates that the capture technology strongly influences the composition of the produced solids, which in turn drives the complexity of the fermenter's microbial community and ultimately, of the VFA composition. Solids captured with the primary settler or micro-sieve consisted primarily of polysaccharides, and led to the establishment of a microbial community specialized in the degradation of complex carbohydrates. The produced VFA composition was relatively simple, with acetate and propionate accounting for >90% of the VFAs. In contrast, the HRAS system produced biomass-rich solids associated with higher protein contents. The microbial community which then developed in the fermenter was therefore more diversified and capable of converting a wider range of substrates (polysaccharides, proteins, amino acids). Ultimately, the produced VFA composition was more complex, with equal fractions of isoacids and propionate (both ~20%), while acetate remained the dominant acid (~50%). Finally, TAP did not significantly modify the VFA composition while increasing VFA yields on HRAS and sieved material by 35% and 20%, respectively. Overall, we demonstrated that the selection of the technology used to capture organic substrates from MWW governs the composition of the VFA cocktail, ultimately with implications for their further utilization.
See DOI
See Institutional Repository
Brison, A.; Rossi, P.; Gelb, A.; Derlon, N. (2022) The capture technology matters: composition of municipal wastewater solids drives complexity of microbial community structure and volatile fatty acid profile during anaerobic fermentation, Science of the Total Environment, 815, 152762 (13 pp.), doi:10.1016/j.scitotenv.2021.152762, Institutional Repository 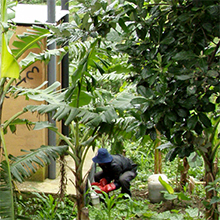 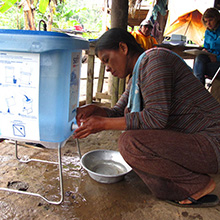 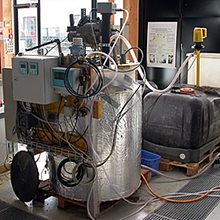 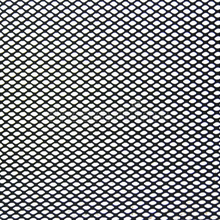 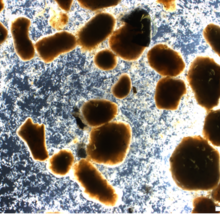