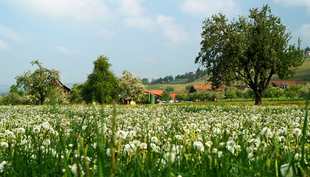 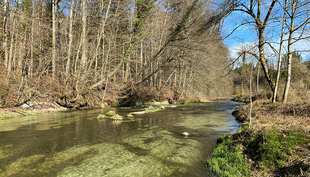 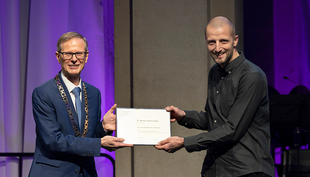 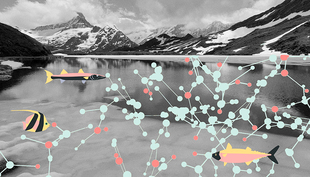 The Environmental Chemistry Department is fortunate to have externally funded fellows contributing to our research and teaching environment. If you consider applying for an externally funded fellowship in our Department, please check your eligibility under www.snf.ch/en/funding/careers/Pages/default.aspx and contact a group leader whose research interests are close to yours. To ensure that incoming fellows fit our research environment and can be accommodated appropriately, and to do the necessary paperwork, sufficient time is required. If you want to apply for Ambizione/SNSF starting grant with Uchem as a host, please contact the Group Leader of your choice at least 3 months in advance of the submission deadline. Selected candidates will be invited to give a talk at our Department and discuss their research plans with us. Your formal expression of interest should come as a single PDF file including a complete CV, a motivation letter detailing why our Department is the right place for your research, an outline of the planned project (max. 2 pages), and the names and contact details of two references.

Calls for supporting sustainability through more and better research rest on an incomplete understanding of scientific evidence use. We argue that a variety of barriers to a transformative impact of evidence arises from diverse actor motivations within different stages of evidence use. We abductively specify this variety in policy and practice arenas for three actor motivations (truth-seeking, sense-making, and utility-maximizing) and five stages (evidence production, uptake, influence on decisions, effects on sustainability outcomes, and feedback from outcome evaluations). Our interdisciplinary synthesis focuses on the sustainability challenge of reducing environmental and human health risks of agricultural pesticides. It identifies barriers resulting from (1) truth-seekers’ desire to reduce uncertainty that is complicated by evidence gaps, (2) sense-makers’ evidence needs that differ from the type of evidence available, and (3) utility-maximizers’ interests that guide strategic evidence use. We outline context-specific research–policy–practice measures to increase evidence use for sustainable transformation in pesticides and beyond.
See DOI
See Institutional Repository
Hofmann, B.; Ingold, K.; Stamm, C.; Ammann, P.; Eggen, R. I. L.; Finger, R.; Fuhrimann, S.; Lienert, J.; Mark, J.; McCallum, C.; Probst-Hensch, N.; Reber, U.; Tamm, L.; Wiget, M.; Winkler, M. S.; Zachmann, L.; Hoffmann, S. (2022) Barriers to evidence use for sustainability: insights from pesticide policy and practice, Ambio, doi:10.1007/s13280-022-01790-4, Institutional Repository

The Western Cape in South Africa has a Mediterranean climate, which has in part led to an abundance of agriculturally productive land supporting the wheat, deciduous fruit, wine, and citrus industries. South Africa is the leading pesticide user in Sub-Saharan Africa. There is limited data on the pesticide pollution of surface water over different seasons in low- and middle-income countries. We evaluated the seasonal drivers of aquatic pesticide pollution in three river catchments (Berg, Krom, and Hex Rivers) from July 2017 to June 2018 and April to July 2019, using 48 passive samplers. Our sampling followed the most severe drought (2015-2018) since recordings in 1960. Thus, our analyses focus on how drought and post-drought conditions may affect in-stream pesticide concentrations and loads. Samples were analyzed for 101 pesticide compounds using liquid chromatography - high-resolution mass spectrometry. Environmental Quality Standards (EQS) were used to assess the risks. We detected 60 pesticide compounds across the sampling periods. Our results indicate that all samples across all three catchments contained at least three pesticides and that the majority (83%) contained five or more pesticides. Approximately half the number of pesticides were detected after the drought in 2018. High concentration sums of pesticides (>1 μg/L) were detected over long time periods in the Hex River Valley (22 weeks) and in Piketberg (four weeks). Terbuthylazine, imidacloprid, and metsulfuron-methyl were detected in the highest concentrations, making up most of the detected mass, and were frequently above EQS. The occurrence of some pesticides in water generally correlated with their application and rainfall events. However, those of imidacloprid and terbuthylazine did not, suggesting that non-rainfall-driven transport processes are important drivers of aquatic pesticide pollution. The implementation of specific, scientifically sound, mitigation measures against aquatic pesticide pollution would require comprehensive pesticide application data as well as a targeted study identifying sources and transport processes for environmentally persistent pesticides.
See DOI
See Institutional Repository
Chow, R.; Curchod, L.; Davies, E.; Veludo, A. F.; Oltramare, C.; Dalvie, M. A.; Stamm, C.; Röösli, M.; Fuhrimann, S. (2023) Seasonal drivers and risks of aquatic pesticide pollution in drought and post-drought conditions in three Mediterranean watersheds, Science of the Total Environment, 858, 159784 (12 pp.), doi:10.1016/j.scitotenv.2022.159784, Institutional Repository

Convolutional Neural Networks (CNNs) offer an alternative to the image cross-correlation methods used in Particle Image Velocimetry (PIV) to reconstruct the fluid velocity field from the experimental recording. Despite the flexibility of CNNs, the accuracy and robustness of the standard image processing remains unsurpassed for general PIV data. As CNNs are non-linear and typically entail up to millions of trainable parameters, they require large and carefully designed training datasets to avoid over-fitting and to obtain results that are accurate for a wide range of flow conditions and length scales. Most training datasets consist of PIV-like data that are generated from displacement fields resulting from numerical flow simulations, which, in addition of being computationally expensive, may be able to inform the network only about relatively few classes of flow problems. To overcome this issue and improve the accuracy of the velocity reconstructed by CNNs, we propose to train the networks with synthetic PIV-like data generated from random displacement fields. The underlying idea is that the training dataset simply needs to teach the network about the kinematic relationship between position and velocity. These kinematic training datasets are computationally inexpensive and may allow a much richer variability in terms of length scales by varying the generation parameters. By training a state-of-the-art CNN, we investigate the accuracy of the reconstructed displacement and velocity with synthetic and experimental test cases, such as a sinusoidal flow and wind-tunnel data from a turbulent-boundary-layer and a cylinder-wake experiment. We demonstrate that kinematic training can drastically improve the accuracy of the CNN and allows the network to outperform conventional cross-correlation methods, being more robust with respect to data noise and providing reconstructed velocity fields that have considerably higher spatial resolution (at pixel level).
See DOI
See Institutional Repository
Oltramare, C.; Weiss, F. T.; Staudacher, P.; Kibirango, O.; Atuhaire, A.; Stamm, C. (2022) Pesticides monitoring in surface water of a subsistence agricultural catchment in Uganda using passive samplers, Environmental Science and Pollution Research, doi:10.1007/s11356-022-22717-2, Institutional Repository